World-Class IT Training and Consulting Solutions

Meet the team behind our IT online training! Each member of our executive team is dedicated to bringing the very best training and support to our clients. They are committed to continually refining the training provided through our online and on-site courses so our clients are able to innovate their own businesses and stay ahead of the technological curve. If you are searching for the top Cisco courses online, or some of the best online IT classes in general, you’ll find that NterOne’s excellence stems from the vision of our executive leadership. Read the bios of our executive team and then discover the right VMware course or find the Cisco training online that you need. Contact us for more information about our executive team or any of our training courses.

Mr. Hamilton has spent over 20 years in the technology industry dating back to his military days in the US Army as a Communications Specialist. He started an Internet Services Provider (ISP) in the late 90s, and has worked in a wide variety of positions in operations, pre-sales, post-sales, management, and training before founding NterOne. Mr. Hamilton has spent time at Cisco, Bayer, MCI, and RTI in a full-time capacity, and has worked at numerous other multinational companies in a contract capacity. Having been a part of the initial training launch team with Cisco UCS, his most recent focus has been in the Data Center market consulting and training with thousands of engineers around designing, planning, implementing, and operating Cisco-built Data Centers with a focus on VMware and Microsoft.

Mr. Yohn has been a management executive and consultant in the training business for over 10 years. As President and Chief Operating Officer of NterOne, Mr. Yohn has led the company strategically through the ranks of Cisco Learning Partners and VMware Authorized Training Centers while successfully demonstrating exponential revenue growth, talent acquisition, and line-of-business diversification year over year. With a Masters degree in IT Management from Webster University, a Bachelor's degree in Molecular Cell Biology from East Carolina University, various IT certifications, and years of management experience under his belt, Mr. Yohn can simply get any job done.

Mr. Hundley has made a career out of establishing solid business infrastructure for privately-owned technology startups that has resulted in multi-million dollar growth and positive outcomes for shareholders. He’s earned his reputation for being able to identify and institute the strategic plans, systems, and processes that must be in place to position a business for global expansion. Mr. Hundley has partnered with companies where the founder’s strengths are in engineering and complemented this with his ability to add high-level perspective and well-rounded capabilities in finance and operations management. Kirk first honed his breadth of business competencies in numerous roles as one of the first three employees at Data Comm Systems. He had a stake in evolving the company over two decades of rapid technology changes and in their growth to $30 million in revenue and 110 employees. He reduced tax liabilities by creating different business entities and added millions in incremental revenue by conceiving and implementing a leasing business. In 2000, he led the company’s sale to a global systems integration firm.

Nestor Barrios has over 15 years of experience in Information Technology training. Since the beginning, he has held various management positions which have enabled the development of a comprehensive view of IT training business in the region.  Similarly he has implemented business models that have guaranteed success in long-term relationships with network partners from different manufacturers. Nestor has a Bachelor's degree in Science Engineering Technology form the University of Central Florida and holds several IT certifications.

Shawn Boyd has over 20 years of experience in the Information Technology industry. His introduction to IT Training was as Cisco Certified Instructor. He then combined his educational background in Computer Engineering and Information Networks with his vast international work experience to found ARP Technologies in 1995. Shawn acted as President and Chief Operating Office of ARP Technologies until 2017 when he joined forces with NterOne Corporation. Shawn now manages NterOne Canada and continues to develop new courses and teach leading edge technology classes.

With over 20 years of IT technology sales, support and management experience, he works directly with our customers, partners and employees on developing business strategy to drive both revenue and growth. Before NterOne, Fred served as VP of Sales for two Cisco Partners winning multiple Cisco Learning Solutions Partner of the Year awards. In addition to consistently exceeding sales targets, he was an integral part in the development of several new franchise offices in partnership with his customers. He has also held technical sales and support leadership roles with companies such as McDonnell Douglas, British Telecommunication and MasterCard International. While at British Telecommunications he was an instrumental part of a team that successfully opened a new east coast Network Operating Center in a consolidation move from the west coast.

Mr. Mittimani is a fearless technology leader with over 15 years of experience working on the latest and greatest technologies. Based in the San Francisco Bay Area, he is a Cisco Multi-Domain architect with expertise on Data Center, SDWAN, SDN and SDA architectures, he started career with Cisco Voice technologies working on the earliest v3 windows based Call Manager and Voice mail solutions and one of the first engineers to have worked on Cisco Nexus and UCS from early 2009, transitioned very well into Data Center technologies since the first generations of Nexus and UCS and carried on to be one of the first engineers to deploy Cisco ACI on Production Networks in the early 2015. He carried the spirit of working on the latest and greatest technologies and worked with Viptela since early 2016 and deployed for several customers in the United States, Viptela was then acquired by Cisco and is currently the leading SDWAN solution in the industry. He has been one of the very few technology leaders to hold a CCIE with CCSI and being a Cisco Security Fire Jumper along with 20+ Leading Industry certifications.

As Vice President of Sales, Mr. Pederson brings over 20 years of experience to the NterOne Sales Team. Under his leadership the organization has successfully implemented direct and channel programs with incremental revenue growth opportunities, defined sales strategy and direction while building a national sales team, and focused on long term relationships with clients, vendors and partners.Prior to joining NterOne, Mr. Pederson worked in the wireless industry for Western Wireless. In that capacity, he worked to build a national retail distribution model to support the 3G partner alliance with the launch of that spectrum. This coalition represented most major retailers across the US marketplace.

Dennis has 35+ years of experience in the Information Technology industry. Over that time Dennis has worked on and with some great technology teams. Dennis’s background includes Software Development, Technical Support, and Pre-sales Engineering. Dennis has worked with small and large companies in writing software for networking devices as well as selling solutions to customers. Most recently Dennis worked for 14 years at Cisco where he was one of the first Channel Data Center Systems Engineers when he started. He quickly moved into management where he led talented Systems Engineering teams in all of Cisco’s Architectures (Collaboration, Security, Enterprise Networking, Data Center, IoT, Software). Dennis also led the coordination of Cisco’s Partner Technical Advisory Board (PTAB) where technical executives at Cisco and Partners interact on technology transformation. Dennis’s focus at has been to enable partner’s practices to deliver business transformation with customers using Cisco solutions as the driver.

Since 2015, Ryan Storberg has successfully led the development of, and talent acquisition for, numerous software projects with NterOne; including internal operations systems, used daily by NterOne’s globally-distributed teams; a sophisticated, enterprise-licensed platform; and public-facing web applications.

Previous to NterOne, Ryan built an outstanding practice as a freelance software developer, where he worked on an eclectic array of projects. He was a Teaching Fellow at Dev Bootcamp NYC, the first programming boot camp of its kind. He was a Financial Adviser at Ameriprise Financial, holding a Series 7, Series 66, and NYS insurance licenses. He was a sales representative for HP, Sony, and Apple. He also occupied many other diverse roles, in a broad range of industries.

Ryan holds a bachelor’s degree in English Literature and Writing from The City University of New York. 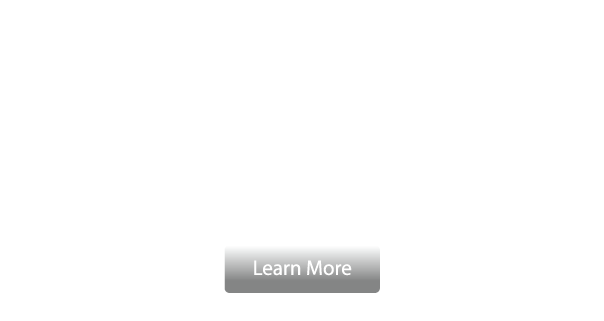 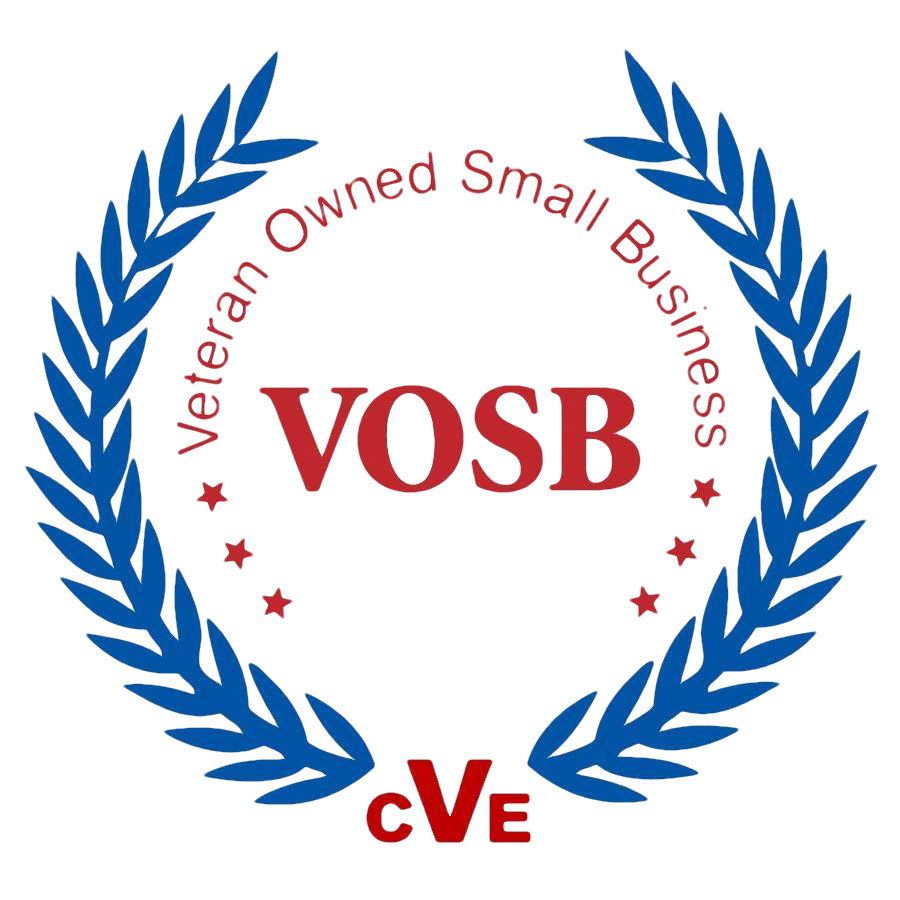